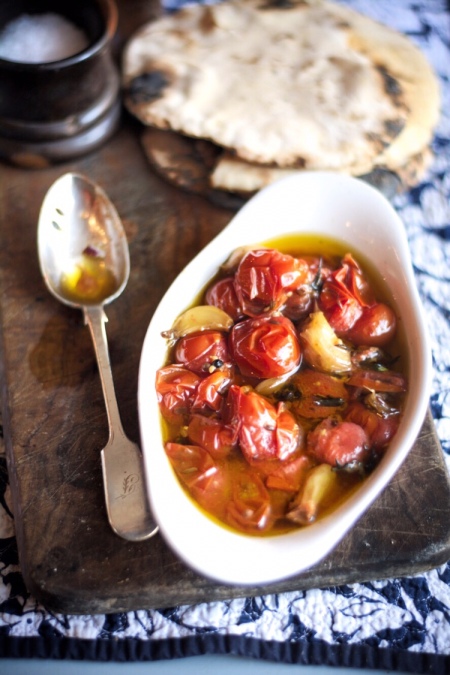 I was in a hotel in Paris for some of last week, eating unusually. The family had gathered in the 15ème from around Europe and America for Aunty Suzy’s funeral, she was 100. An achievement, especially as she smoked comme une cheminée until she was at least 80.

She was buried among illustrious company in the Montparnasse cemetery. Grumpy, ugly singers, Irish playwrights probably still waiting, existentialist philosophers, artists and grands fromages from history share the cold ground. I may not be able to see her anymore, but there is a place I can go to visit. Her apartment block will always be there, but new people will occupy it, more lives being lived. I’ll not see those rooms again. God knows they’re in for a surprise when they see the decoration that hasn’t changed since she moved in.

The local boulangerie furnished me with two ficelles a day, the tiny Carrefour express two minutes away kept me in supplied with ham, paté and cheese and I went to the Monoprix around the corner just to look at the food on display like a drooling window shopper. Being at the mercy of restaurants for each meal is not for me, merci. So a bag on the hotel balcony in the chilly November air served as an impromptu fridge to store my supplies.

This kept me from being grumpy, like a local, and when you’re dealing with 20 family members and trying to organise group meals, you need to fortify yourself. It’s like herding cats, so pre-emptive snacks are a must.

We went out for cous cous, it’s a family tradition. Merguez and I have a long and happy history, but don’t get to be together much anymore. It’s a long-distance relationship, but we’re always pleased to see each other. Much of my family grew up in Tripoli where the Ghirlando Brothers shipping company was based so this food is a reminder of their childhood and all of them together is like the good old days.

I raided the patisserie on the Rue de Lourmel – canelé and pear tarts every day. The occasional palmier, petite beurre and chocolate barquette may have fallen into my bag. And creme brulée and tart tatin were shoveled down my trou gateau at the nearest opportunity. I clearly can’t be trusted in Paris where even the smell of the Metro is like a meal to me. I also had steak tartare with salad and proper french frites. It’s what she would have wanted.

This clearly and sadly can’t go on. But that doesn’t mean I have to return to a life of pottage. How gruel that would be. So with the simplest of ingredients I made a feast to liven up a cold London lunchtime. Cherry tomatoes, slowly cooked in garlic, herbs and oil until bursting have at least doubled in flavour. And the aubergine, first charred and burnt on the gas flame was roasted until soft then blitzed with garlic, onion and thyme compote that I’d slowly and softly melted down under a paper cartouche, the flame beneath barely stronger than a match.

I made some pitta breads, soft and a little blackened in parts from the griddle, to mop up all the juices and we sat, contently and quietly eating. To cut through the richness there was a salad of thinly sliced red onion, sliced baby cucumber, crumbled feta cheese from the new Turkish shop round the corner and a sprinkle of dried Sicilian oregano. It was finished off with a simple dressing of olive oil, cider vinegar (I had no red wine vinegar) and some black pepper.

All of this can be made in advance, perhaps the night before while making supper. The tomatoes can stay out on the kitchen worktop, but take the aubergine purée out of the fridge an hour before eating. If it’s too cold its flavour will be as non-existent as Jean-Paul Sartre’s afterlife.

Method
Burn the aubergine all over on a gas flame or with a blowtorch. You can also do this under a grill if you have access to neither. Roast in a hot oven until soft then leave to cool a little.
Blend the aubergine with its skin in a food processor, adding the garlic and enough olive oil to form a fairly loose purée. Add a few tablespoons of the onion compote if you are making that and blend well. Season to taste.

Add all the confit tomato ingredients to a heavy-based saucepan, making sure the olive oil covers the tomatoes and bring to a gentle heat. Cook low and slowly until the tomatoes are soft but still hold their shape. Leave to cool in the oil. You can even put these in a sterilised jar to store for up to three days in the fridge if you like.

The onion compote takes the longest so if you haven’t made this yet, I’d start an hour ago.
Finely slice the onion and add to a heavy sauté pan. Add a good glug of olive oil, a few thyme sprigs, the garlic and salt and pepper. Bring to a medium heat, stirring occasionally. Turn the heat down as low as you can and cover the onions with a circle of parchment paper. Put a lid on the top too if you have one. Cook slowly for about an hour until the onions are meltingly soft. Stir occasionally during cooking and don’t let them brown.

Toss the salad ingredients together about 20 minutes before you want to eat it to allow the flavours to mellow. All these dishes taste best if you leave them a little while to mature.

This week
Read: Can you believe it? I finished Middlemarch. I’d like to thank Bee for the recommendation and can now put that book firmly back on the shelf. It feels like a blessed relief to be reading ‘Quand sort la recluse‘ a ‘Policier’ by Fred Vargas. Trashy, murdery fun.
Watched: Very little. Blue planet and Howard’s End. And a little bit of a French shopping channel on Saturday Morning.
Listened: I went deep into the Les Misérables soundtrack on youtube the other day. And The Stamboul Train by Graham Greene on the BBC iPlayer
Eat: Before I went away I cooked some red split lentils until very soft with turmeric and cumin. On top of that there were some quickly sautéed courgette cubes with garlic and seared lamb neck fillets, pink in the middle, a little dense and chewy for some, but I enjoyed them.