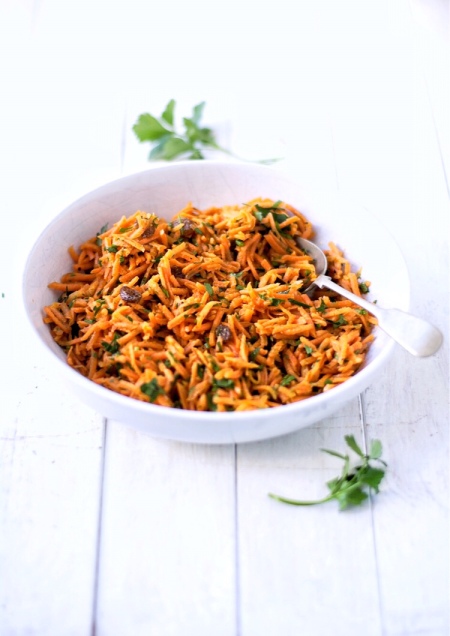 How are bricks made? How do they make glass? How do they build a roof? Frieda Kahlo was a famous painter. Is turmeric food colouring? Have we ever seen a caterpillar? Daddy, Noah’s looking at me. I don’t like it.

These are the pressing issues of the day. And apparently must be addressed before I’ve had a cup of coffee. And although I woke up 20 minutes before everyone and had blissful calm before I had to turn into a human Wikipedia, it was still an assault on my delicate surfacing senses.

And so to this week’s food. I have such little space in my brain at the moment for anything other than the impending house move that the meals this week have needed to be simple and quick. We’ve had spaghetti and meatballs in tomato sauce; the meatballs browned from frozen and then cooked through in tinned tomatoes blitzed with chilli flakes, a spring onion, two cloves of garlic, olive oil and a large, large pinch of dried oregano.

As is often the way, just adding a little dash of something can elevate a dish from the everyday. In this case, a large handful of chopped parsley, a good sprinkle of breadcrumbs, lemon zest and probably half the Parmesan and pepper grinder just gave it the edge on what is already delicious comfort food.

The other night, we had some broccoli florets, blanched and quickly fried with garlic, ginger, spring onion and kohlrabi. I tossed that with sesame oil and seeds, soy sauce and some rice noodles and supper was on our laps in front of the telly in fifteen minutes.

And as for the children, they’ve had Greek bean soup, corn on the cob with lime and butter, stewed rhubarb and chicken and mushroom in a creme fraiche and tomato sauce with rice and broccoli. Which was pronounced acceptable. But I do think they are starting to raise an eyebrow here and there at the sudden and often appearance of soups at the dinner table. Noah seems to think he can only eat it if the bread to soup ratio is one to one. And still complains it’s not the same as the pumpkin soup they have at school. Ingrate.

The best thing by far we eat this week though, was the carrot salad I made on Saturday night after we’d had dhal and naan and were still peckish. I had to use a packet of the children’s Peppa Pig raisins, and perhaps that’s where the secret to the success of the dish came. Or perhaps it was the amazing olive oil from I got from oliveology the other day. Or perhaps it was just the freshness and simplicity of it. Whatever, it has taken on an ineffable quality and almost mythical status in my memory so I’m going to make it again for lunch today. And it just goes to show, sometimes when all you can do is do things simply, that’s when you do them best.

Ingredients
2 fairly large carrots, scrubbed
A tablespoon or two of tarragon vinegar
A packet of Peppa Pig raisins. Or a small handful of normal ones if you can’t get these
A good pour of great olive oil
A large handful of chopped parsley
2tbsp of ground cumin
Salt and pepper to season
A pinch of turmeric for the hell of it

Method
I generally use the medium grating disc on the food processor to grate the carrots, but do them by hand if you prefer. I’m far to important and dynamic, plus I just love the way it eats them up, cartoon-style.
Add the grated carrots to a large serving bowl and add the remaining ingredients. Mix well, taste and add more seasoning if you feel it needs it.
Leave to rest for about ten minutes to allow things to mingle a little and the carrots to soften a touch then serve. And sigh.

This week
Read
Redbreast by Jo Nesbo. Sometimes it feels as if it’s been written by a child, but enjoyable nonetheless.
Eat
Food not worth waiting the hour and half for on Mothers’ day at Wing Yip in Croydon. And the tea tasted like it had been brewing since the Ming dynasty. Let’s hope Darjeeling Express tomorrow night is better.
Saw
Shetland, again. Thoroughly cosy, and Steven Robertson’s accent is still brilliant. Noah and I are catching up on old Simpsons episodes on the sofa at 6pm every night.
Listened
Enigma, MCMXV ad. for a blast from the past, and Hollywood Town Hall by the Jayhawks. An excellent album still as good today as it ever was.